Found the attached photo amongst my late Father's possessions.  My Father was William Blundy (third from the left back row).  I believe this is a pre-war photo of them going on an outing, probably arranged through the Macklands.  My Father's other brother, Sid Blundy is sitting at the front.  My Aunt also thinks the Moore family are also in this photo.

Not sure but it may be Mr. & Mrs. Gillman, who ran the Macklands for many years
in the top right hand of the photo. 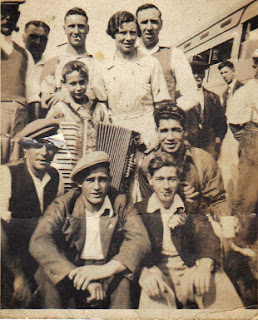